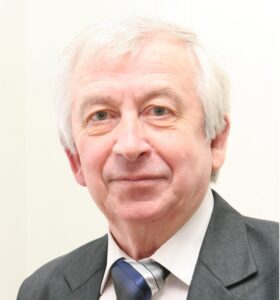 For a significant contribution to the development of metrology in 1999, he was awarded the honorary badge “For Services in Metrology of Standardization, Certification and Accreditation”. In 2010, he was awarded the Chartered Parliament of Ukraine State Prize in the branches of science and technology for 1998.

Has over 400 publications, including 16 patents, 6 monographs, an inventor’s certificate.