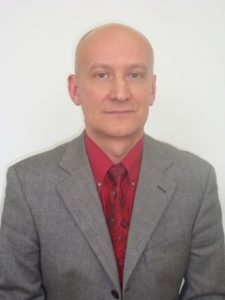 In 1985 he graduated from the Kharkov State University named after A.M. Gorky specialty “Radiophysics and Electronics”.

1985-1988 – an engineer of Special Design and Technology Bureau of IRE of Ukraine Academy of Science.

Ph.D. – 1994. Thesis was defended at the Kharkov State University named after A.M. Gorky.

Since 1994 he was involved in nine research projects within the framework of the state budget R&D.

Has over 130 scientific publications, including author’s certificate of USSR.